What to expect in Windows 10 update October 2018

For all windows users, something new and refreshing is about to unfold as Microsoft sets to ship out the new and long-awaited updates of windows 10 to reflect its new updates flexibility for October 2018.

Microsoft has decided to cut out some features from the previous windows 10 we know and it will no longer including those features henceforth in order to escalate flexibility in improving support assistant under one controller.

For Windows users, there are likely to be few surprises in the list of features removed from Windows 10. It is not new anyways but to improve usability within the end user, definitely, many users at the end are going to see as a huge surprise.

As we know, for each window 10 upgrade and updates they always come some new features or functionality added and obsolete features were taken out to better serve the end users.

What to Expect from Windows 10 October 2018 Updates

– The Phone Companion app, which helped share content between mobile and PC, will be removed from Windows 10 PCs after the update. Microsoft recommends using the Phone page in the Settings app to sync a mobile with the PC instead, for me, I hate this feature as in the first place, it made no use to me. Nevertheless, this can finally go for good in 2018 October Updates.

– It’s also removing Business Scanning because there are no devices that support this feature, and the Hologram app, which is being replaced by the Mixed Reality Viewer.

I would love to give a heads up on the Mixed Reality Viewer because of its one of the most amazing features being included in this upgrade. This is more like the normal virtual reality you and I know, but it comes with much more fun and experience. 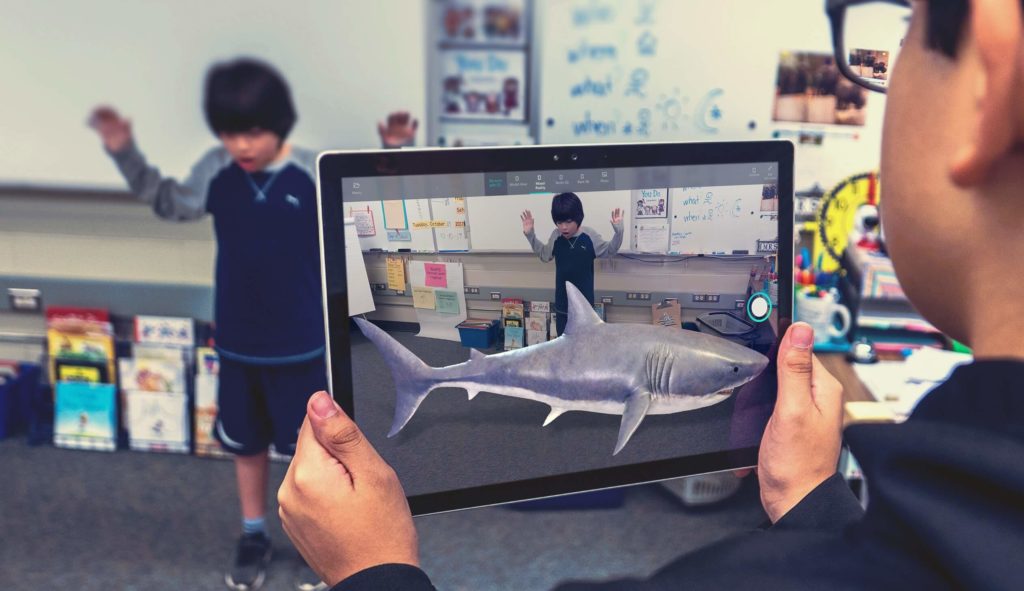 The mixed reality includes a portal and home area where you can access games and apps. It is the most impressive part of the windows mixed reality and it acts like a virtual living room.

You can even run a virtual version of your actual desktop and control it through the headset, which is the ultimate meta moment. It sounds really gimmicky, right? It’s a lot more fun than the mundane environment of my Oculus Rift at home, and Microsoft clearly wants this to be your hub for running its universal apps.

If this gets good enough one day, I could see it replicating a multi-monitor setup for when you’re mobile.
A lot of the experience is made more powerful with the Mixed Reality motion controllers. That means you can plug these headsets into a laptop using just an HDMI and USB port instead of the two additional USB 3.0 ports required for the Oculus sensors.

You don’t need to do much setup for Windows Mixed Reality, apart from marking out your play area, but you can even avoid that if you stay in one spot.

Each Windows Mixed Reality headset maker is using Microsoft’s motion controller reference design and sticking their own logo on them, but there’s no tweaking. I understand the need to keep controls similar across devices, but I’d like to see different motion controllers here that keep the button layout and improve on the ergonomics.

Each motion controller also has an assortment of white LEDs at the top, allowing the sensors on the front of each Mixed Reality headset to track them. I found the tracking super impressive and very accurate. Microsoft’s tracking works by picking up the controllers in front of you, but if you place them behind you then it can’t see them.

That shouldn’t be a problem in most VR experiences; even if you physically turn around the motion controllers will still be tracked. So, Mixed Reality is essentially virtual reality for Microsoft, for now.

Microsoft has picked that name because it eventually wants to blend the best of augmented and virtual reality into a single headset with support for multiple experiences. I think that’s where the industry is ultimately heading, but the Mixed Reality naming sounds like it’s promising more than virtual reality right now. Wow, sorry guys for a minute I was lost in mixed reality viewer, I bet its a must get to enjoy every bit of the system.

Back to other features of this amazing upgrade

– The old Snipping Tool for taking screenshots will, for now, remain available on Windows 10, but it’s one of the apps Microsoft has now stopped actively developing which means further updating is not required.

– It’s new tool for screenshots is called Snip & Sketch, once called Screen Sketch, and is being tested with Windows Insiders now. “You can launch Snip & Sketch directly and start a snip from there, or just press WIN + Shift + S. Snip & Sketch can also be launched from the ‘Screen snip’ button in the Action Center,” Microsoft notes.

“We’re no longer developing the Snipping Tool as a separate app but are instead consolidating its functionality into Snip & Sketch.” It’s also stopped work on the OneSync service for Mail, Calendar, and People apps since it’s now added a sync engine to the Outlook app that achieves the same purpose.

The companion device APIs for unlocking a PC via a proximate wearable using Bluetooth will not be further developed either, because Microsoft’s partners didn’t adopt the method.

While appreciating these beautiful features of the upcoming upgrade, we really do hope that issues encountered in previous windows like fixes for bugs that caused Edge tabs to crash when touching certain elements with two or more fingers.

Thumbnails and icons also sometimes don’t render if there were video files saved to the desktop. There was also a bug causing battery drain when certain apps like OneNote were being used, and it was displaying a full-screen remote desktop incorrectly when a monitor had certain display scalings.

One fixed issue that could have annoyed users of the final release was that some Bluetooth audio devices wouldn’t play sound in apps that also used the mic.

How to Set Up a Metered Internet Connection in Windows 10