As part of measure, android users are now able to use fingerprint lock feature on Whatsapp

Being one of the biggest social media platform in the world today, Whatsapp, has taken yet another bigger step to meet the security needs of android users by introducing fingerprint lock on android smartphones for extra security. 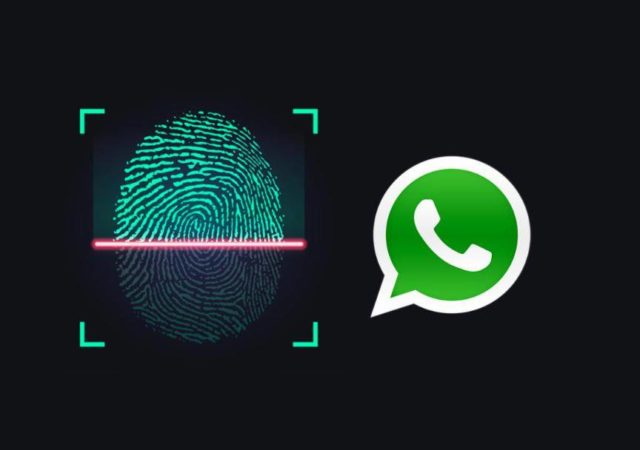 This was recently announced in Whatsapp Blog Post, which states:

“Earlier this year, we rolled out Touch ID and Face ID for iPhone to provide an extra layer of security for WhatsApp users. Today we’re introducing similar authentication, allowing you to unlock the app with your fingerprint, on supported Android phones”.

The new upgrade requires the user to verify access to the app via a fingerprint feature that was only available to the iPhone users alone. This I could term a great news for android users as part of measure to boost security for the android counterparts.

Whatsapp is no doubt to be among the top 5 most commonly used social media app in the world. This has also increase the high demand for it and ultimately led to account hacks and attacks.

It is perceived that due to this nefarious activity, it has raise concerns as regards the safety of users of the app. With the fingerprint innovation, it has provided a useful way to stop unauthorized access to your Whatsapp even while your phone is unlocked.

This feature could bring WhatsApp’s android version’s security to an equivalent of IOS version. although, with the Face unlock feature android still lacks the ability to stay ahead, whereas the IOS still remain on top.

Steps to Activate the Whatsapp Fingerprint Lock On Android

To be able to enjoy this feature, you are required to update your app first to its latest version (if you don’t have the updated version) via Google play store.

Step 1: Open your WhatsApp and tap on the three dots at the top right corner on Whatsapp

Step 3: Turn on the toggle for fingerprint lock 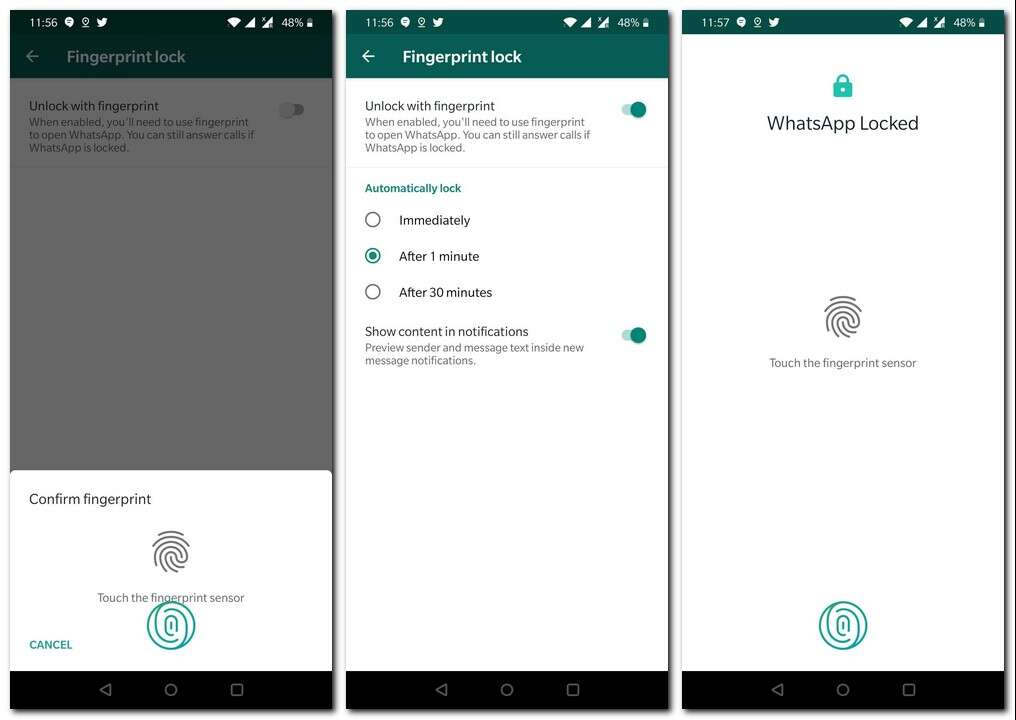 Step 5: You can choose the automatic lock time span from — “Immediately”, “After 1 minute”, and “After 30 minutes”

Upon successful completion of these few steps, it simply means you have activated the WhatsApp fingerprint lock feature on your android smartphone.

It is believed that this upgrade will boost user confidence to reduce cases of account hacks.
With this in place, I percept you can now turn on the fingerprint lock feature on your android smartphone for optimum security.

Facebook Working On Its Own Cryptocurrency For WhatsApp Payments come 2019: Report