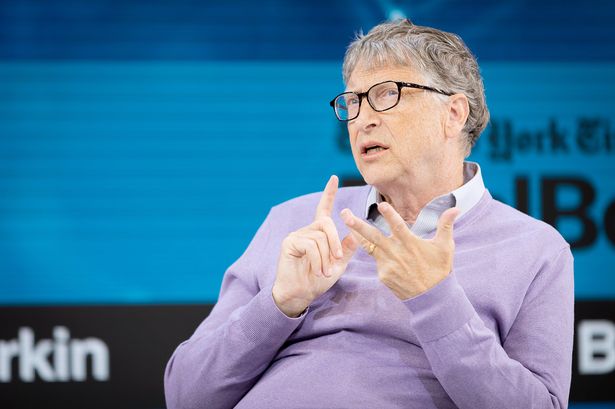 Bill Gates rise in the rankings may have been helped, in part, by the surprise decision of the Pentagon’s to signing a $10 billion cloud-computing contract with Microsoft as against Jeff Bezos online shopping giant company, Amazon. The October 25th deal prompted a surge in Microsoft shares as against Amazon’s stock that depreciated with about 2%.

It should be recalled that Bezos’ net worth has taken two major hits in recent times, leading him to losing lots of billions. The first follows Amazon’s under performance in the third quarter of the year, and many other billions more which amounted to about $35 billion to his now ex-wife, Mackenzie Bezos.

This gave rise to Gates topping Amazon CEO; Jeff Bezos, following his loss, as reported by Bloomberg. The Shares of Microsoft have since then appreciated by 4%, giving Bill Gates a $110 billion fortune, according to the Bloomberg Billionaires Index. Amazon’s stocks depreciated to about 2% since the announcement, re-positioning Bezos net worth at $108.7 billion, and giving increase to Gate as the world richest man today..

Notably, it should be recalled as well that since 2008, Bill Gates stopped working full-time at Microsoft and stepped down as the chairman in 2014. It has since been seen that Gates has shifted attention from his personal computer and given more focus to his philanthropic works.

The world richest man, now Bill Gates, has sold around $35 billion in Microsoft stock to fund the Bill and Melinda Gates foundation as part of his drive to keep his philanthropic works alive. Despite this, the tech icon still owns a huge amount of Microsoft stocks, and today he has reclaim the statue of becoming the world richest Billionaire on Earth.

See Also:Microsoft out with their ever sophisticated above surface products

With time, I believe that one day, the world richest man will come from Africa soonest. So what do you think?

Guaranteed Way to Start Making Money as An Affiliate Marketer

Guaranteed Way to Start Making Money as An Affiliate Marketer